How is nitrogen assimilated by plants?

Nitrogen is essential for life on Earth. However, although 78% of the Earth’s atmosphere consists of nitrogen gas, this abundant supply is useless to most living organisms as it cannot be assimilated in this form.

Despite this, through a series of transformations, nitrogen in the soil can be assimilated by plants, especially those grown on agricultural land.

The role of nitrogen in cultivated plants

Nitrogen plays a crucial role in both the yield and quality of agricultural production. It is one of the main building blocks of amino acids, proteins and nucleic acids essential for crop growth and development.

Crop nitrogen deficiency reduces protein synthesis and consequently the chlorophyll content of plants, the most common photosynthetic pigment in the plant kingdom.

This pigment, found in the chloroplasts of plant cells, is what gives plants their green colour. Moreover, chlorophyll plays a crucial role in photosynthesis by intercepting light energy, which is then transformed into chemical energy.

In short, without nitrogen, crop yields are bound to be lower, which is why many farmers adopt fertilization programs that include nitrogen.

Most plants absorb nitrogen from the soil through their roots

With the exception of plants of the legume family (peas, beans, soybeans) which have the ability to bind atmospheric nitrogen gas (N2) through symbiosis with bacteria of the Rhizobium genus, most cultivated plants assimilate mineral nitrogen.  They therefore feed on ammonium (NH4+) and nitrates (NO3-) available in the soil. These mineral elements are naturally taken up by the roots of the plants.

As a general rule, crops absorb nitrogen in the form of nitrate when it is available. Subsequently, they transfer it to the leaves where enzymatic reduction to ammonium takes place in the presence of nitrate reductase. This ammonium is then metabolized to amine (NH2-). The process will eventually lead to the formation of amino acids that contribute to the development and health of the plant.

Nitrogen fertilizers: a good way to increase the amount of available nitrogen in the soil

In the 19th century, a chemist by the name of Fritz Haber changed the world of agriculture by successfully producing nitrogen fertilizer from atmospheric nitrogen. According to some, he literally saved the world from famine by enabling new highs in agricultural yields.

Today, many farmers use granular or liquid nitrogen-enriched fertilizers to ensure that their crops have all the nutrients they need to grow.

Crop rotations can also enrich the soil with nitrogen

As mentioned above, some crop varieties have the ability to assimilate nitrogen from the air in the soil. These plants, mostly legumes, will even be able to produce more assimilable nitrogen than they actually use.  This explains the importance of crop rotation on agricultural land, i.e. alternating between growing a legume and a plant that requires a lot of nitrogen to grow.

Enhance your fertilizer program with Agro-100

In summary, cultivated soils must contain sufficient nitrogen for maximum yield. When this happens, the roots will take the nitrogen elements that the plants need from the soil and transport them to the leaves where they are transformed into amino acids and proteins that promote growth and resistance.

If you want to make sure that your crops have ample nitrogen supply, you can ask the Agro-100 team for advice. Many of our products help prevent nitrogen deficiencies. 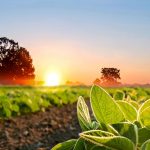 How is nitrogen assimilated by plants? 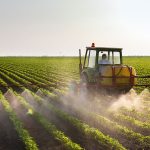 Why do you spread lime on a field?